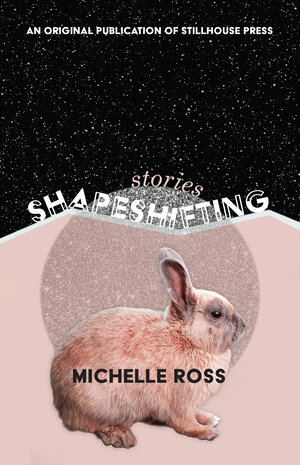 “Shapeshifting suggests that the struggle to know how to love children and how to let them go may feel similar at the pediatrician, in an abandoned laboratory, or trapped in the life you’ve chosen, but Ross renders those settings and the characters who inhabit them in such vivid detail that each story feels like its own new world.” — Danielle Evans, author of The Office of Historical Corrections

“Motherhood often gets idealized as ‘transformative’: Michelle Ross’s hilarious and harrowing collection Shapeshifting explores the monstrous nature of that transformation. What happens to one’s self when one ‘becomes’ a mother? In Ross’s stories, being a parent is in turns selfish, cruel, tragic, terrifying, clinical, petty, and soul-sapping. Wives resent their would-be prophet husbands less for believing themselves ‘chosen’ than for shirking all family responsibilities; mothers fret about the size of their toddler’s penises and ruminate, ‘all children are experiments—messy, uncontrolled, long-term experiments.’  Shapeshifting is a wry, fearless, extremely funny, flat-out dazzling book.” — Kim Magowan, author of The Light Source

“Leave it to Michelle Ross to encapsulate the erasure of motherhood in a single sentence: “Now that the baby was no longer inside her, Deena felt like discarded wrapping paper at a birthday party.” Lucky for us, SHAPESHIFTING is pregnant with lines like this one. With her new collection, Ross once again demonstrates her surgical precision and scientific mastery as she excavates the divide between bullshit expectations and harsh realities of motherhood. Here is a writer who does not gloss. The roles of women are brutal. There is no shortage of blood. But beneath the social dictates pumps a primal current, to which her characters latch, however desperately, as a reminder that we are all, at our core, nothing but messy, instinctual, glorious animals.” — Sara Lippmann, author of Doll Palace

“Don’t let the smooth prose fool you: these stories have teeth, tearing at our sacred myths of motherhood and womanhood and partnerships. Michelle Ross captures female anxieties and resentments and courage to be in the face of it all like nobody else. Shapeshifting cements her place as one of our sharpest story writers.” — Jennifer Wortman, author of This. This. This. Is. Love. Love. Love.

“Michelle Ross writes with biting clarity about motherhood, womanhood, and the strange intensities of human connection. Her stories investigate terrifying closeness and tender estrangements — and never take you where you think they’ll go. A moving and emotive collection.” — Siel Ju, author of Cake Time

“Ross’s characters unwittingly triumph in their capacity as mothers to survive their own choices while seeking to protect–and overcome–their offspring. She slices through sentimentality and delivers what’s closer to the truth of parenting. Through clever imagery and precise language, each story illuminates the sometimes rewarding, often painstaking, task of buoying our children while keeping our own heads above water.” — Sahar Mustafah, author of The Beauty of Your Face, a 2020 Notable Book by New York Times Book Review 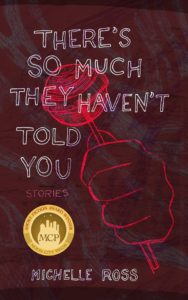 Available at Antigone Books in Tucson,  University of Arkansas Press, Amazon, and elsewhere.

“Beneath their placid surfaces, Michelle Ross’ stories ripple with strangeness and wonder. The familiar curdles and begins to taste unfamiliar, sometimes over the course of a few deft pages: a lost baby tooth becomes a haunting presage of mortality; a teenage girl bonds with her troubled mother over their mutual love of slasher flicks; the doll of a miniature man comes strangely alive—or so two aging women believe—and has to be drowned. Ross is a compelling new voice, and we’re lucky she hasn’t told us everything yet.” — Eric Puchner, author of Last Day on Earth and Music Through the Floor

“Oh my god, read this book. Michelle Ross taps in to deep cultural archetypes and gritty contemporary realism with equal shimmering, razor-edged aplomb. She simply owns the page, with a voice, vision, and urgency that stands out from the crowd. There’s So Much They Haven’t Told You is a literary and emotional event.” — Gina Frangello, author of Every Kind of Wanting and A Life in Men

“Whipsmart and lightning quick in their prose, these stories dance along the same razor’s edge as us all, balanced between everyday life and the outlandish, absurd, and sobering certainty of its end. Michelle Ross is an important new talent, a companionable, wise, and often funny voice for these troubled times. I will be eagerly assigning this book to students and pressing it into the hands of my most devoted reader friends.” — Robin Black, author of Life Drawing and  If I Loved You, I Would Tell You This

“In There’s So Much They Haven’t Told You, Michelle Ross balances the orderliness of the universe with the chaos of the natural world. Here, lessons on particles and black holes and light serve as a disguise for the collection’s greater lessons on what it means to be human. Over the course of twenty-three haunting stories, families face unfathomable violence, couples are brought together and quietly torn apart, and children learn, at last, to see their parents for who they really are. With a fearlessness and creepiness that put me in mind of the fiction of A.M. Homes, these stories astonish.” — David James Poissant, author of The Heaven of Animals

“Michelle Ross has written a gorgeous collection. These stories show us how deep and necessary our human connections are—even when we are struggling against each other. Ross delivers tour de force storytelling in every powerful story, transporting readers to places that are both intimately familiar and otherworldly. Brutal, beautiful and revelatory, There’s So Much I Haven’t Told You is a book that will grab hold of you and not let go.” –Dana Johnson, author of In the Not Quite Dark and Elsewhere, California

“Michelle Ross’ exceptional first collection of short stories, There’s So Much They Haven’t Told You, traffics in dark matter, the murky material that we sense but cannot see, the unconscious and peripheral parts of life that affect us as surely as the parts we recognize as real and concrete. In the uncomfortable spaces of a woman trapped (literally and metaphorically) in a soul-crushing job, another hiding from a shooter (real? imagined?) in a closet full of six year olds, a girl playing serial killer/victim with her mom, or a family fighting over the cremated remains of a loved one at the rattlesnake roundup, Ross digs down to find truth — never afraid of the dirt and grime that, ultimately, give way to moments of grace. Her scientific eye for detail, humor, and humanity blend in stories that are grotesque, compelling, and deeply affecting. An astonishing and accomplished debut.” — Alison Umminger, author of American Girls

“These stories bristle with hard-eyed awareness and cut to the bone. With imagery from horror movies, fairy tales, and aquariums, Ross evokes the comfort and squalor of family love.” — Kathleen Founds, author of When Mystical Creatures Attack!

“Ross’ collection is packed with slim, powerful pieces of literature – and she specializes in the things we do to one another. These are bright, beautiful, difficult stories – the kind I want tattooed on my skin.” — Amber Sparks, author of The Unfinished World and May We Shed These Human Bodies

“These are stories about universes, big and small. The universe of planets and black holes and the unknowable universe of another person’s heart. Ross’ characters are always learning. The information they come to sometimes enhances them and sometimes repels them, and often shakes them to the core. I learned some things as well in the time I spent with these pages. Not just about bus accidents and taxidermy, but about the sullen, tender, joyful chaos that connects us to one another.” — Aubrey Hirsch, author of Why We Never Talk About Sugar

“Michelle Ross has given me a lot to think about regarding endings.  Her stories are strong and lyric and potent – and the endings always feel sharp and jarring. I keep turning the page expecting more paragraphs because they END and they do not announce their ending. I am the bird sailing straight into glass. I am the coyote the moment he steps off the cliff, before he sees the abyss beneath him. I feel like I’m standing on the earth, then realize I’m not.” — Melissa Goodrich, What I’m Reading.

“Ross excels on many levels. Her lyrical, image-rich prose consistently startles. She has penned some serious, brave, thoughtful, and, at times, very emotional stories that steer clear of sentimentality.” –Nick Kocz, The Collagist 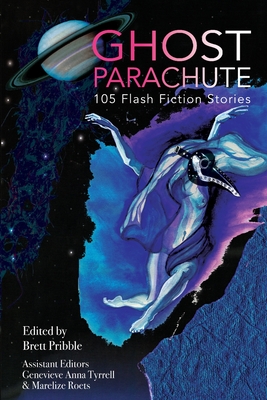 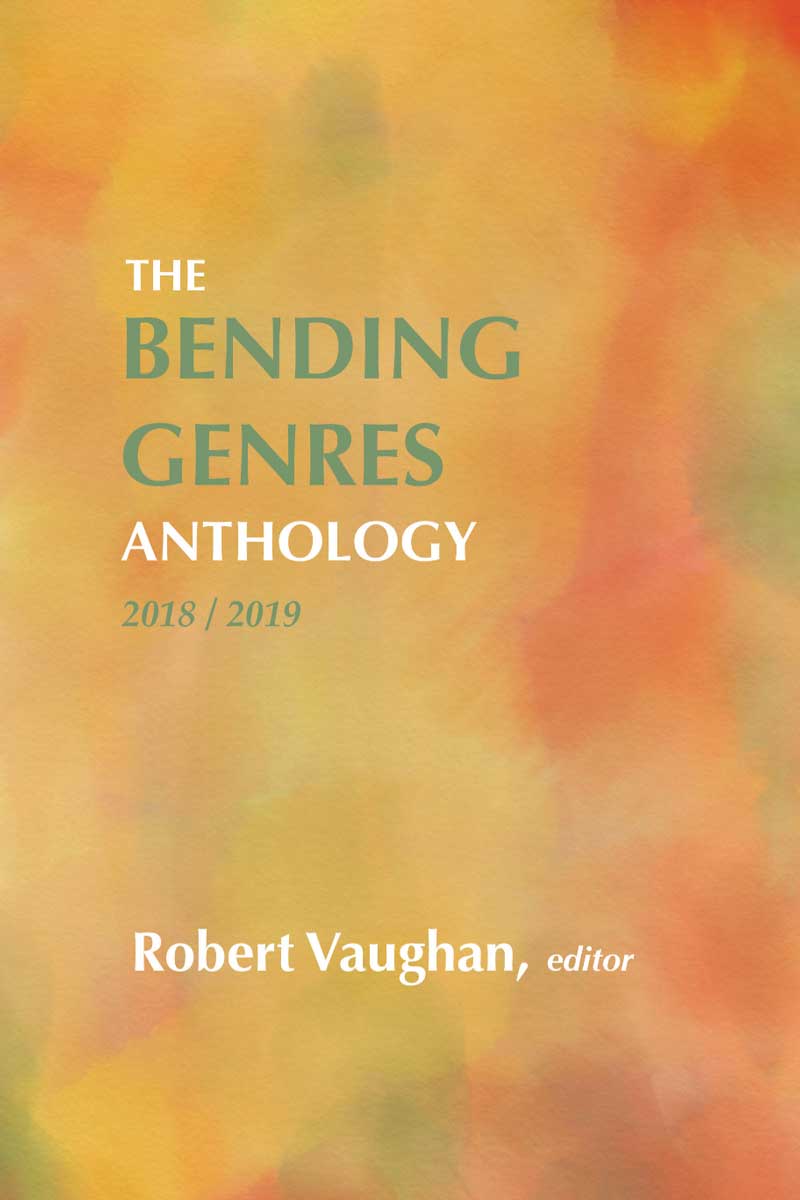